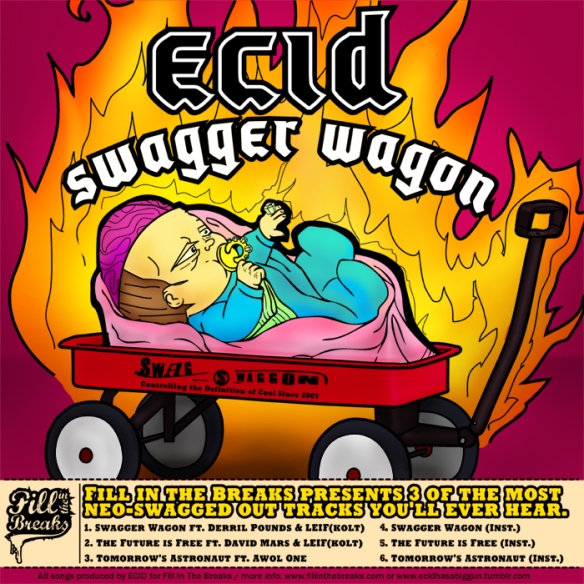 Anyone who listens to the Robot Bodypop show knows we always like to throw in something completely different. Persuing Bandcamp led me to ECID and it was immediately apprent this was what I was looking for. ‘Swagger Wagon’ is a 6 track freebie with 3 vocal tracks and then the same 3 instrumentals. The title track featuring Derrill Pounds & Leif sits somewhere between several bass heavy genres. Coupled with a vocal with that wraps around the sounds and doesnt for one moment take a back seat to the music, it gives this production a ridiculously gritty feel. ‘The Future Is Free’ & ‘Tomorrows Astronaut’ features guests David Mars and AWOL respectively. This has been on rotation in the car for days. Free as well. Unless you want to bung them some $.

The Minneapolis based producer & MC dropped this in 2011 in anticipation for his LP ‘Werewolf Hologram’. His sound can not be contained and in his own words:

“Ecid is the voice to kick a hipster to.”